#AudiTogether
Solidarity Concert in the press shop at Audi 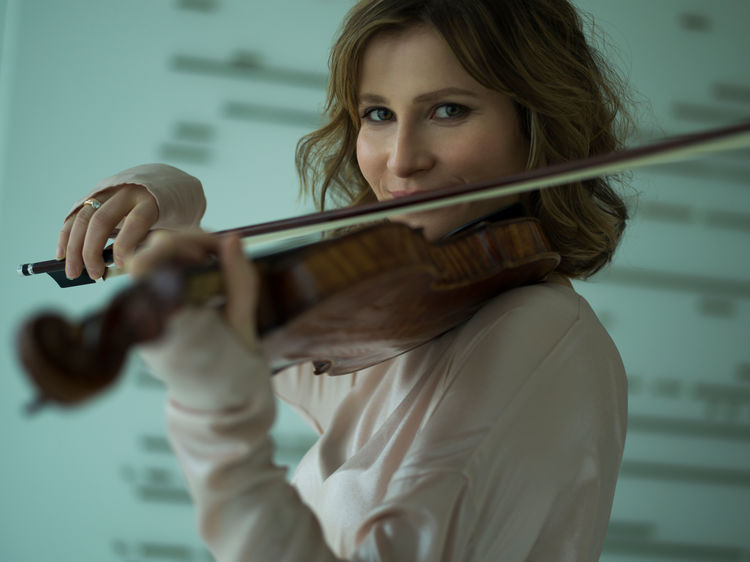 Audi sees the crisis as an opportunity, and is sending a signal of solidarity from Ingolstadt. The artistic director of the Audi Summer Concerts, Lisa Batiashvili, together with other renowned musicians, is giving a concert on 14 April that will be streamed live from Audi’s press shop. Audi is holding the concert in the context of the international #AudiTogether campaign. In the coronavirus crisis, the company is also giving five million euros in immediate aid to support national and international humanitarian causes in its home regions.

The star violinist and artistic director of the Audi Summer Concerts said, “Music connects people across borders. We are sending this message to the world from Audi’s home and hope to present a moment of optimism and joy for many people. By playing a concert live at such an unusual venue and sharing it digitally with our audience, we are opening up new perspectives.”

Audi’s Presswerk (press shop), where presses weighing tons normally produce bodywork components with a thunderous noise, will be the concert hall for the refined sounds of classical music, as during the factory concerts held in 2012 and 2015. This time, however, a small group of musicians will sit directly between the huge presses – without a stage and without an audience. Only the cameras for the live streaming will accompany their performance, giving the audience a glimpse behind the scenes.

“In times of social distancing, music is balm for the soul more than ever. To be separated spatially, and at the same time to be united in experiencing a concert of this kind, reinforces the sense of community. I would like to thank the musicians warmly for making this event possible for our employees, customers and Audi fans,” said Dr?Sabine Maa?en, board member for?Human Resources and Organization at AUDI?AG.

“At our in-house concert, the health of all participants by means of keeping a sufficient distance is a central priority. In equal measure we will protect the health of our employees as well as possible after the end of the pause in production caused by the coronavirus.”

All activities, schedules and processes are organized so that they ensure the health of employees. With the sufficient implementation of protective measures at places of work, Audi’s production will begin again in a controlled way to manufacture premium vehicles in the accustomed quality.

The violinist Lisa Batiashvili, who lives in Munich, will be accompanied on stage on 14 April at 8 pm (CET) by the renowned oboist and conductor Fran?ois Leleux, her husband. The other performers are the star cellist Maximilian Hornung, his partner the violinist Sarah Christian, concertmaster of the Deutsche Kammerphilharmonie Bremen – German Chamber Philharmonic, and Jano Lisboa, the solo viola player at the Münchner Philharmoniker – Munich Philharmonic Orchestra. The program consists of works by Ludwig van Beethoven, Johann Sebastian Bach, George Frederick Handel and Wolfgang Amadeus Mozart. The presenter of the program is Alexander Mazza.

Streaming service on the web

Note for media:
www.audimedia.tv provides a link so that the solidarity concert on 14 April can also be embedded on third-party websites.

For media information on the artists and the press shop, please see:?http://www.7suz.site/en/solidarity-concert-12744